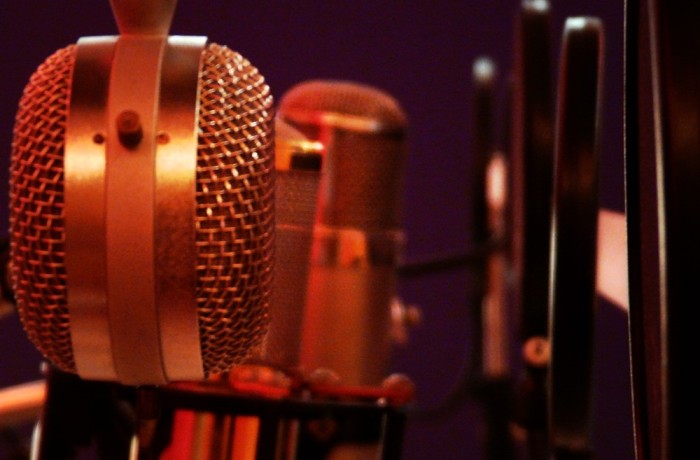 This is the second part of a feature about vocal recording, with ideas, tricks and useful techniques you may use when recording one of the most amazing and complex instruments of all.

The first episode talked about technical aspects, this second part will offer ideas about how to keep things running smoothly in the recording session.

As we saw in the first part of the article, there are a lot of tiny details that may help in obtaining a great vocal sound, from choosing the best mic for a certain voice depending on the type of transducer and frequency response, to taking advantage of different polar patterns, placement, valves vs. solid state, preamp, processing, dealing with common problems, etc.

However, when trying to obtain that great vocal sound, there is another -very- important aspect, which is creating the right ambience during the recording process so the performer may give the best of him/herself.

Once the technical aspects have been mastered, the art resides in using them to obtain the very best from the singer. A recording should always try to capture a performance that truly touches the listener.

In this regard, it is advisable to ask the singer what kind of headphone mix s/he prefers (from now on, let’s say there’s a female singer in the studio).

For example, some singers guide themselves with the guitars, but others extract the harmonic reference they need from the bass or the piano. Some prefer singing to the full arrangement, but others are more comfortable with a reduced selection of instruments.

In this sense, special attention should be paid to any fretless instrument that plays a melodic line at the same time as the singer (i.e. a violin). Sometimes it is better to mute these parts in the headphone mix although, again, it is better to ask the performer what she prefers.

When recording, the vocal processing regarding EQ and compression/limiting is usually subtle, but one thing is what is being committed to tape/disk and another different what the singer hears in her headphones.

One word of warning though: you must be cautious with the amount of compression used, as too much gain reduction may result in the singer fighting against the compressor, instead of being inspired by it. The same goes with EQ.

Regarding reverb, delay and other effects, preferences may vary. Some singers prefer listening to their voice completely dry in the headphones, and others are the exact opposite, and are more comfortable singing with a lot of verb. So again, the wise thing is to ask about it.

However, certain short or not too exaggerated verbs may help the singer perform, even if she doesn’t realize some verb is being used. You could try one of these, and see if it helps to deliver a better performance.

Some engineers/producers prefer listening in the control to the same headphone mix as the singer’s, but others find it more useful to prepare two independent mixes.

The first method has the advantage that the initial setup is quicker, as there’s no need to create two different mixes. On the downside, you won’t be able to solo the voice if maybe you hear something strange, or temporarily mute the reverb to check some other aspects, listen to the performance with some instruments the singer didn’t want to hear, etc.

Regarding the actual headphones, if you have different models available it is useful for the singer to try some of them, to find out which are better for her, both in terms of comfort and sound.

And lastly, bear in mind that the needs of the singer regarding the headphone mix may vary during the session, even during the same song. You might ask from time to time if everything is cool with the cue mix, and let her know that any changes she may need will be easily worked out.

Knowing you are there to help her with whatever she needs will increase her confidence, and with it, the quality of the performance.

And this takes us to some aspects that concern human relations more than the actual recording engineering. Although it could be argued that these are not exactly part of the engineer’s role, there is no harm in being aware of them (just be careful not to step on someone else’s shoes).

Generally speaking, it is always a good idea for the singer to feel comfortable in the studio. For example, the illumination should be adjusted to her preferences. In case the ambient light is lowered to a minimum, a small light on the music stand should be available.

The temperature should also be pleasing, and a small table to deposit objects on is useful, as are a stool/chair in case she wants to sit, a small lamp, some decorative objects, etc.

In case the singer plays an instrument, the legendary engineer and producer Ed Cherney always makes sure her instrument is nearby (say a guitar or keyboard), in case she needs to check some details of her interpretation.

The equally renowned Phil Ramone usually builds the song around a vocal take, even if it’s a quick/rough take. This way, any other part may be created and tailored taking into account where the vocal is positioned in the song (regarding rhythm, harmony, intention, etc.) at that moment.

That’s why he always brings an equalizer, compressor/limiter and preamp to the rehearsals. Similar to Ed Cherney, he wants to be ready to record at a moment’s notice: “You should record a singer every time she sings.”

Regarding eating and drinking, water at room temperature is usually better than cold drinks and, generally speaking, it is better to avoid eating, although some singers are more affected than others in this regard and, for example, chips/crisps may help to prevent mucus/phlegm.

As the expert vocal coach Renee Grant-Williams says, "it shouldn’t be forgotten that a singer is a living musical instrument, and thus, is affected by some aspects that don’t exert an influence on other instruments".

For example, when planning the recording session, ask the singer what time of day she feels most comfortable singing. Some people can’t sing before noon, others prefer the morning.

Along the same lines, starting the recording session with the song the singer has been singing for the longest time may help her in adapting to the studio, as she’ll be more confident and comfortable during the first takes.

In this regard, it is usually a good idea to try to make the singer not feel “on the other side” of the glass, for example by opening the talkback each time a take is finished. However, sometimes the opposite is exactly what is needed, and letting the singer perform 3 or 4 consecutives takes in her suite may yield great results.

If it’s decided that a new take is needed, it is useful to explain why. “It’s not working, let’s try another” doesn’t help the singer to improve the performance. It is better to state what needs to be changed from the previous take.

“In these cases, it is more effective to point out what is wanted, instead of signaling what was wrong,” recommends the engineer John Vestman.

This is because each time something is said, our brain processes the words immediately, and creates an image. If you state the things that are wrong, the brain will first create an image of what’s wrong, then will have to make the effort of trying to find the solution, and only then will be able to concentrate on this solution.

However, if you indicate directly what needs to be done, the brain doesn’t have to do all that effort, and will concentrate immediately on the solution. Furthermore, this kind of communication is quite a bit more pleasant.

It is also convenient to regularly focus attention on the singer. Not only to try to anticipate her needs in order to make the session run more smoothly, but also in case some signs of tiredness appear in the voice. In this case, and long before they are very evident, a break could be suggested.

Along the same lines, if you see the singer is constantly stepping away from the mic, maybe the voice is too loud in the headphones mix, or conversely, if she is shouting in quiet passages you could bring her up.

Use markers or similar tools in your DAW so you can navigate quickly to different sections of the song. If the singer says, “Hey, let’s redo the second part of the third verse,” she shouldn’t have to wait too long to start singing. Maintaining a smooth session is always good.

In a similar way, having the lyrics in print also facilitates navigation, and it helps to take notes about the different takes to keep track of the work done. If you feel there’s enough material to create a composite, let the singer know (if that’s not another person’s decision).

On another level, it may also be helpful if you take some singing lessons. As when recording guitars an engineer that also plays guitar may help with ideas about tones, pedals, amps, etc. the same is true for an engineer who has taken singing lessons. If opportunity arises, you could help with ideas on how to position the voice, how to project it, or even alternative melodies, harmonies…

Of course, the object of taking these lessons is not to become a great singer. Just let the teacher know what your job is, and ask him about correct postures, techniques, warm-up exercises, how to detect fatigue, how to correct common problems that singers without training usually encounter, etc.

Again, it is true this is not the role of the engineer, but if you understand the musician’s needs from an inside perspective you’ll be able to anticipate a lot of things, and this will improve the session a lot.

In general, any action that improves the flow of the session will also improve the final result.