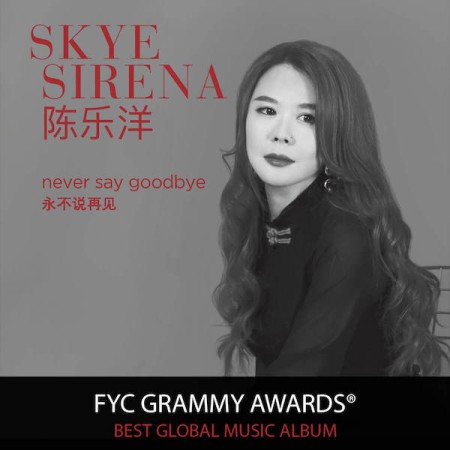 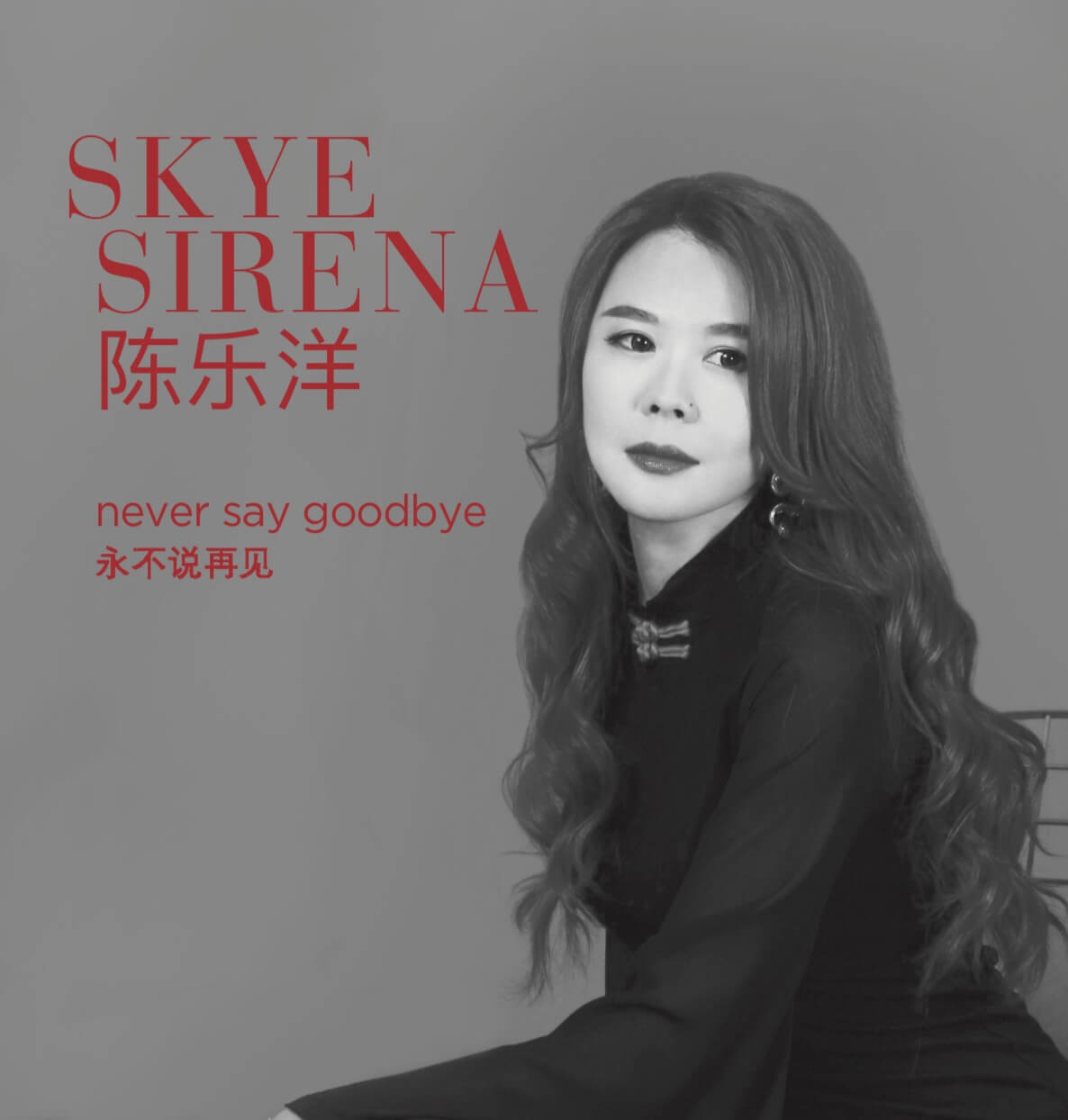 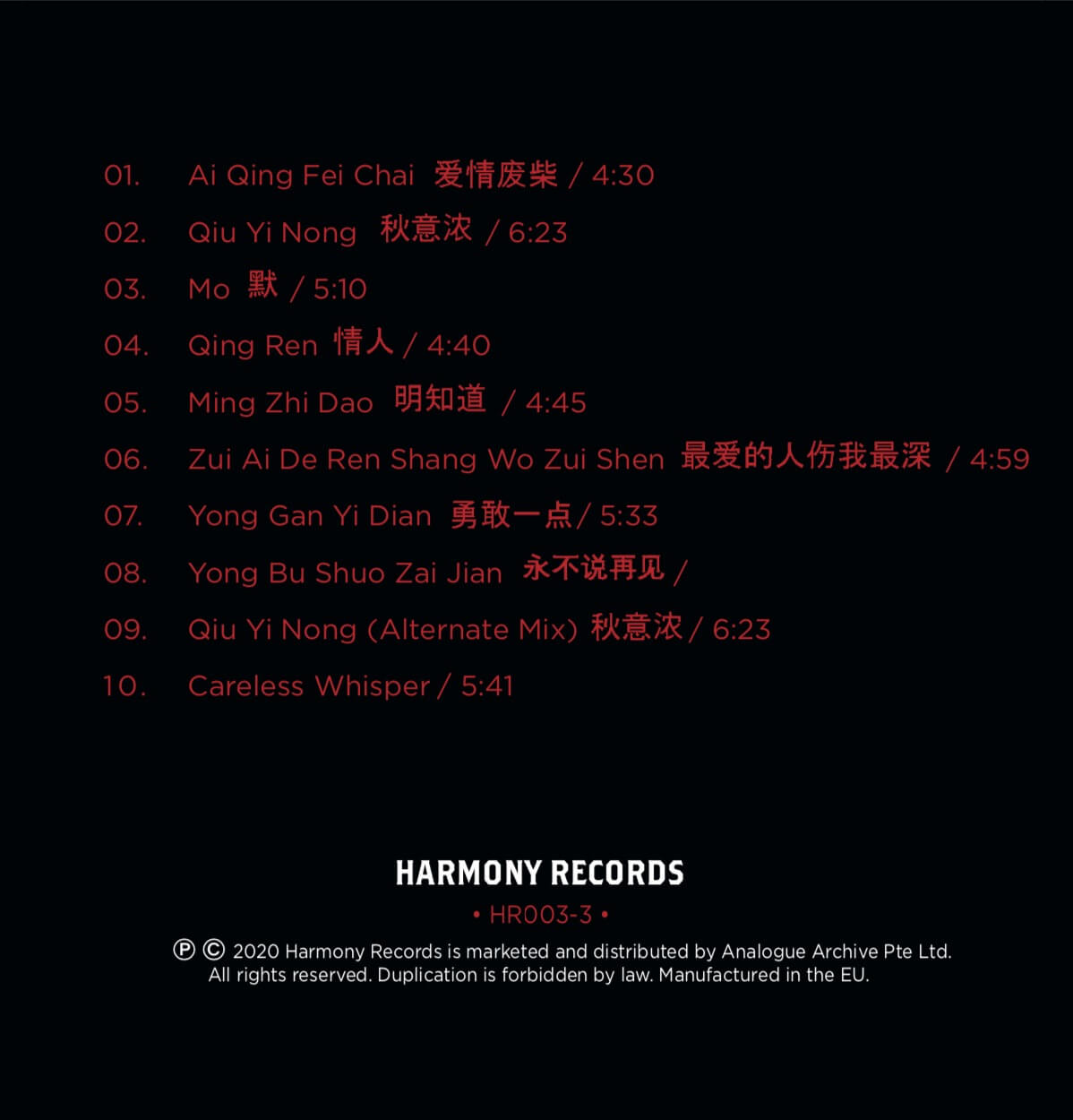 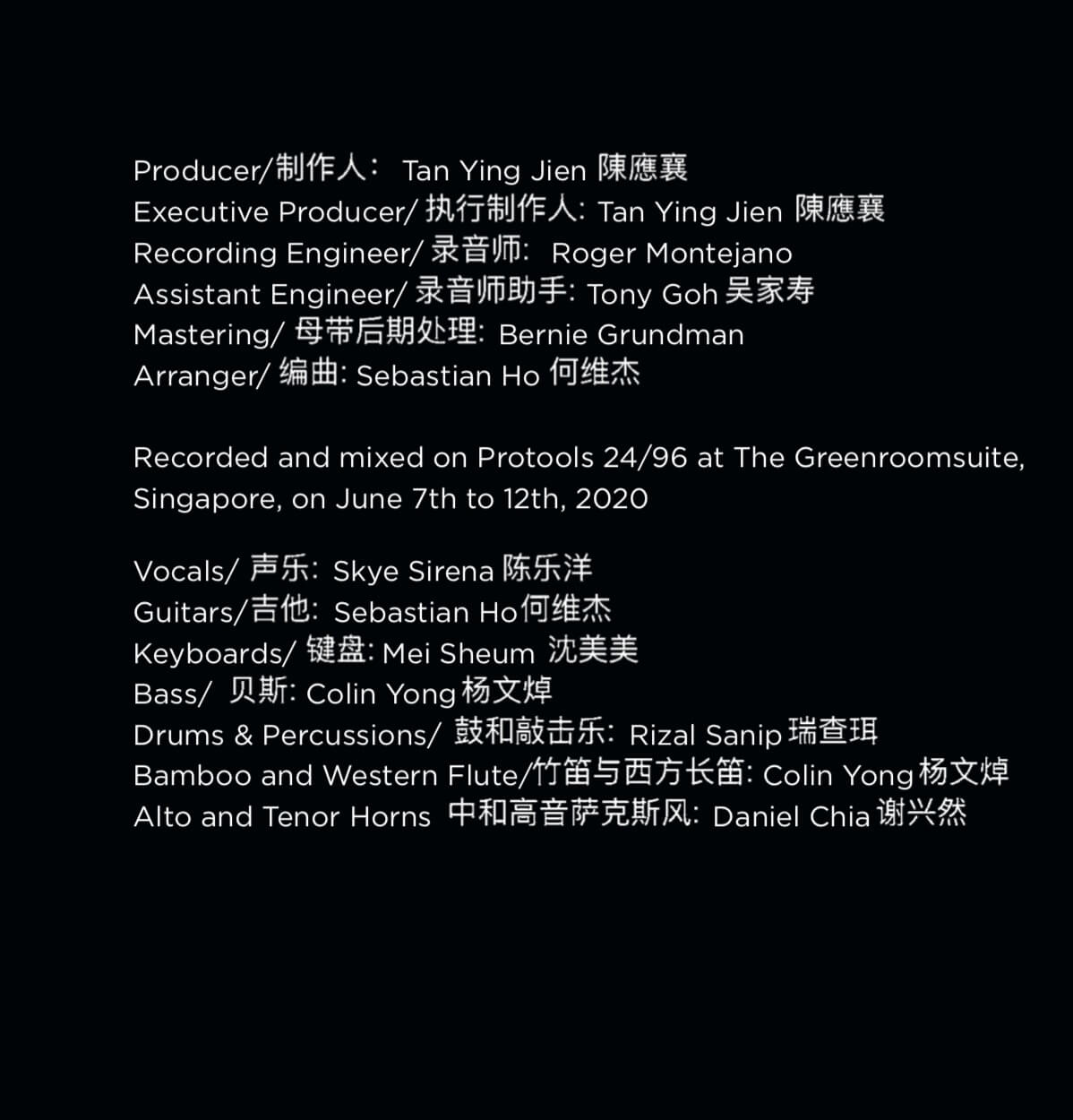 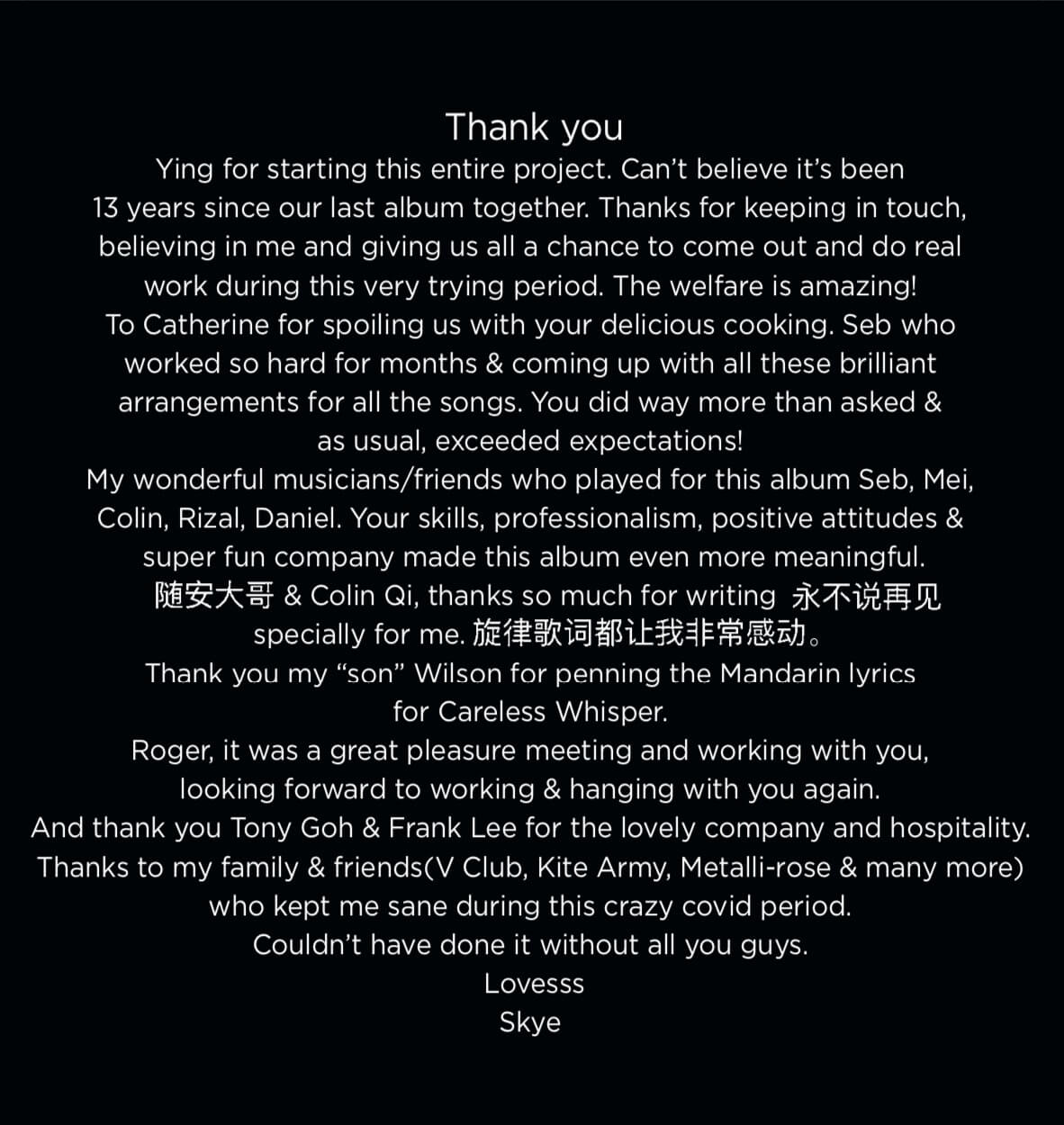 Skye, who previously released the album Blue Skye on Harmony several years ago, returns to the studio with a uplifting collection of more recent Mandarin (plus one Cantonese and one English) pop hits including well known songs by Jay Chou, Ah-Mei, Jacky Cheung, and Mavis Hee. There is a stunning demo quality Mandarin cover version of the Japanese classic "Ikanaide (Qiu Yi Nong)." And as a bonus Skye delivers a memorable cover of the George Michael global hit "Careless Whisper."

The album was recorded and mixed on 24/96 hi-res here in Singapore by engineer Roger Montejano using Protools HD and on a vintage SSL analogue board with an upgraded power supply. Skye performs together with a top team of local session musicians including the guitarist/arranger Sebastian Ho (who has played, recorded and toured extensively with George Lam) and top Singaporean jazz keyboardist Mei Sheum. The album was mastered in Los Angeles by Bernie Grundman at Bernie Grundman Mastering.

It was only after I did some research that I found that the last album from Skye was released 10 years ago. How many 10 years are there in a person's life?

Being the resident singer of a club was how Skye met producer Ying Tan, creating for her the opportunity to release an album. Deep Blue yielded amazing results. Hence, 10 years later, fans have quite high expectations of her new album Never Say Goodbye.

Just looking at the music people that Ying Tan invited to be a part of this production, honestly, the production cost is certainly not low. Recording engineer Roger Montejano is a professional member of the Grammy Recording Academy; he is also a teacher at Berkeley Music School that teaches all kinds of Pro Tools classes. Hence, this album places an emphasis on the use of 24bit/96kHz Pro Tools in the music production. Most importantly, the recording studio built in Singapore that uses a Neve 5088 mixing board ensures that the sound quality is guaranteed definitely. Other than that, Bernie Grundman, who is conferred upon the title of 'God Level Master' by fans, is in charge of the mastering. With this team, it is unnecessary for me to say more; readers can already gauge the level of sound quality.

Skye is a very professional female singer. She has a voice filled with power and with a full repertoire of singing techniques. She specializes in English and Mandarin songs. 9/10 of this album is Mandarin songs. I believe she chose to do the Cantonese song 'Qing Ren' by Beyond because she fell in love with songs by Beyond due to the influence of her 2 elder sisters when she was a child. To me, Skye is most attractive when she is singing live. Although we are unable to appreciate her explosive singing prowess in this album, but between these 2 songs, 'Never Say Goodbye' & 'Qiu Yi Nong,' we are still able to hear her deep skills.

Out of these 10 songs, I will not specially recommended any 2 songs. This is because each song has its own characteristic. For example, unexpectedly, the ending part of 'Qiu Yi Nong' turned out to have Japanese lyrics. There are many things where one has to experience for oneself to be able to truly appreciate the surprise. Listen to this album and believe in Skye & the team and enjoy the music!